Seny Gets Another Chance 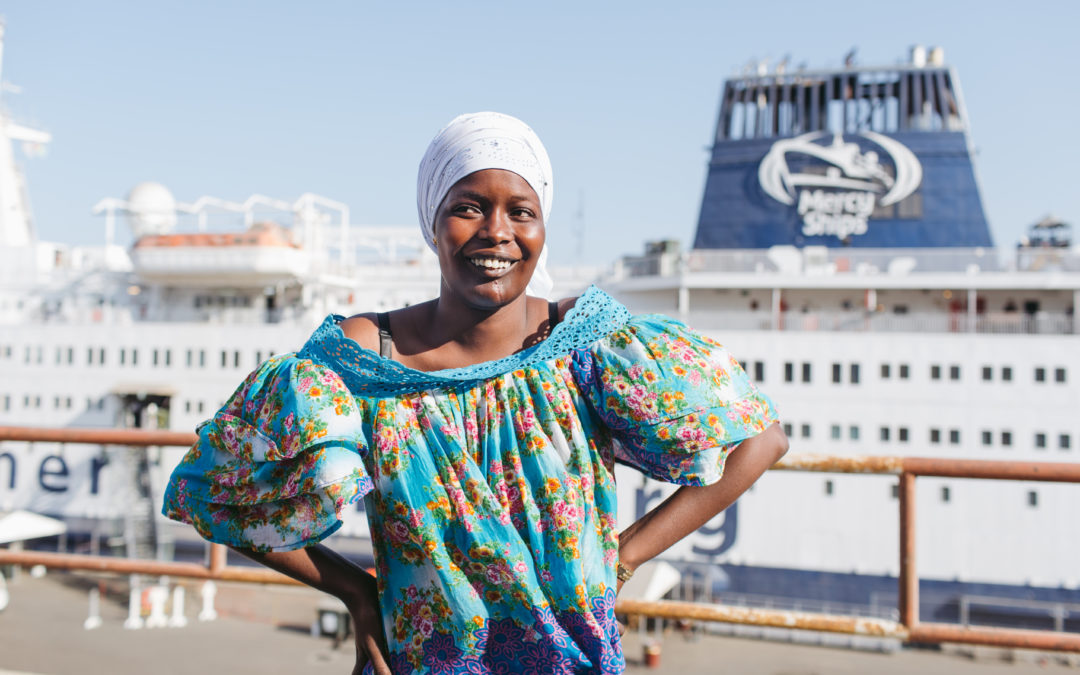 Before her tumor, Seny was studying economics at the University of Dakar, Senegal, West Africa. With goals to graduate and get a job in finance, the future looked bright for this highly intelligent young woman.

Then, suddenly, a small bump appeared on the inside of Seny’s lip.  It grew larger and, eventually, Seny had to give up her dream.

That is until she found out about Mercy Ships who are currently docked in Dakar! Surgery on the Africa will now give her the opportunity to return to school and accomplish all that she’s been hoping for.

After her surgery, Seny looked at her reflection—her face free from the tumor! It was then that she realized her dreams were possible again.

On the day of her final discharge, Seny glowed from the newfound hope in her eyes. This 25-year-old woman left the Africa Mercy with plans to return to school, get her degree, and find a job in her hometown Dakar. Seny wants to use her education and intelligence to better her country.