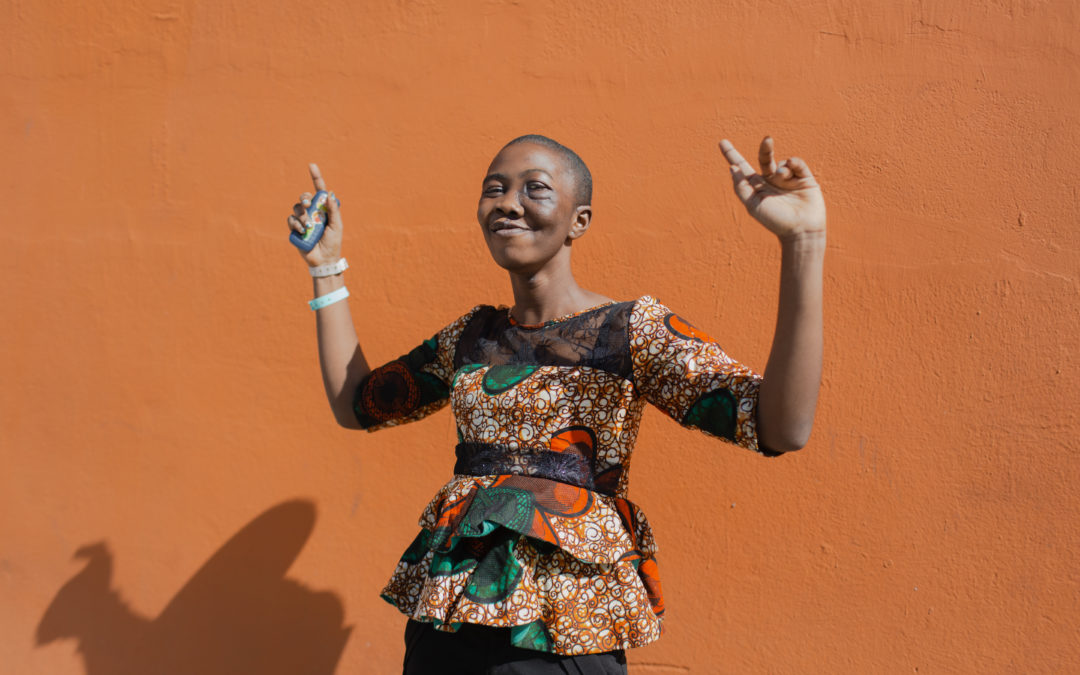 It all started with a toothache.

Salematu was 24 when she first noticed the pain in her mouth. As a first-year nursing student, she knew she should go to the dentist, but she was struggling. She had just lost her husband unexpectedly, leaving her with two young daughters. Money was low, and medical costs were high.

But the pain in her mouth grew worse. Eventually, waiting was no longer an option. After examination, the doctor’s news was not good — she was told it was a tumor that was growing slowly but steadily.

Over the next two years, she watched helplessly as it took over her face, pressing into her mouth and making it more difficult to speak or swallow. It twisted her nose. It began to creep closer to her left eye, threatening her vision.

All the while, Salematu was told the same thing by doctors: there was nothing they could do. They did not have the medical capacity to help her. Over time, she was forced to abandon her dream of finishing nursing school. What use was it to continue studying if her tumor kept her from working?

Tired of the looks and comments from strangers in the street, she stopped going out. She became relegated to her home, spending most of her time with her two young daughters. She was ashamed to be seen, embarrassed to let even her daughters witness her changing face.

“I felt helpless. I shouldn’t look like this,” she said.

The first glimmer of hope came the day her uncle called her with news from the port city of Conakry — a hospital ship was arriving to perform free surgeries! Her heart was filled with happiness at the hope of release from the tumor. Salematu got on a bus and made the journey to the capital city alone, leaving her daughters behind with their grandmother.

It was hard to say goodbye not knowing how long it might be until she saw them again, especially without a way to keep in contact. But she knew that this surgery would not only save her life — it would save her daughters from growing up as orphans.

The day she walked up the gangway to receive her operation, Salematu said she felt joy down to her bones.

The next two weeks in the hospital were a blur. After her successful surgery, she bonded with the nurses who gave her around-the-clock care. “The nurses are my favorite,” Salematu said. “They are so kind to me. They have all become my friends.”

After a few days, she was able to look into the mirror and see her new face for the first time after surgery.

“I feel beautiful. I feel good. I feel hopeful,” she marveled.

During her stay on the Africa Mercy, Salematu couldn’t stop thinking about the moment she would be reunited with her daughters, when they would finally see her without the tumor that had hindered her smile for two long years. Without a way to send them photos, she knew the transformation would be overwhelming.

“They will see me soon, and they will not believe it,” Salematu smiled. “They will be so happy!”

Friendly nurses kept monitoring her progress. She was moving closer to the finish line — the countdown had begun.

The day she was told she could return home, Salematu said she felt like dancing! She was so excited to finally hold her daughters close, and to return to pursing her dreams of finishing nursing school, with the hope of one day pouring love and care into others.

These plans for a life that once felt powerless now felt full of limitless possibility. Salematu’s miracle changed her life, and she couldn’t wait to share her joy with the world. 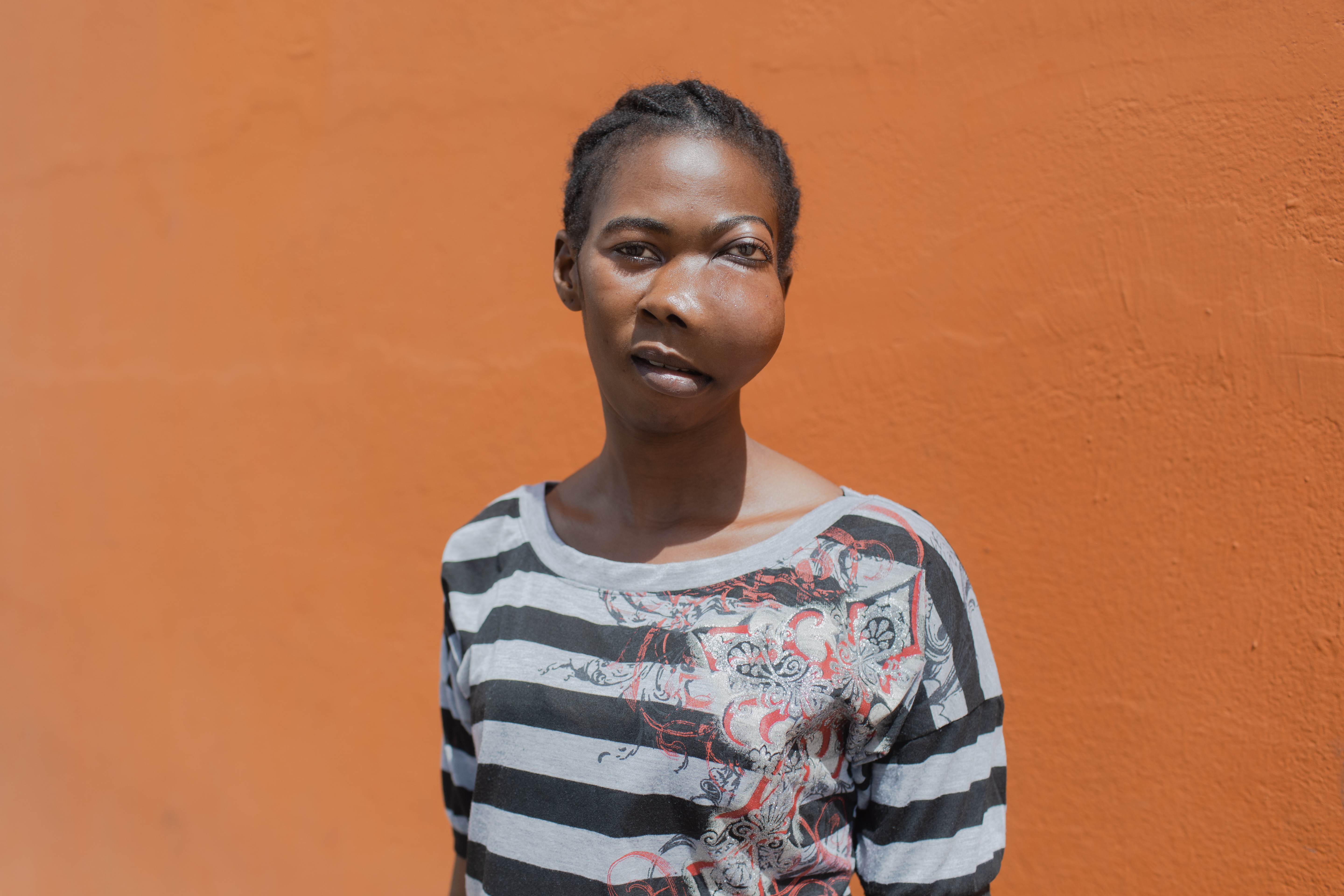 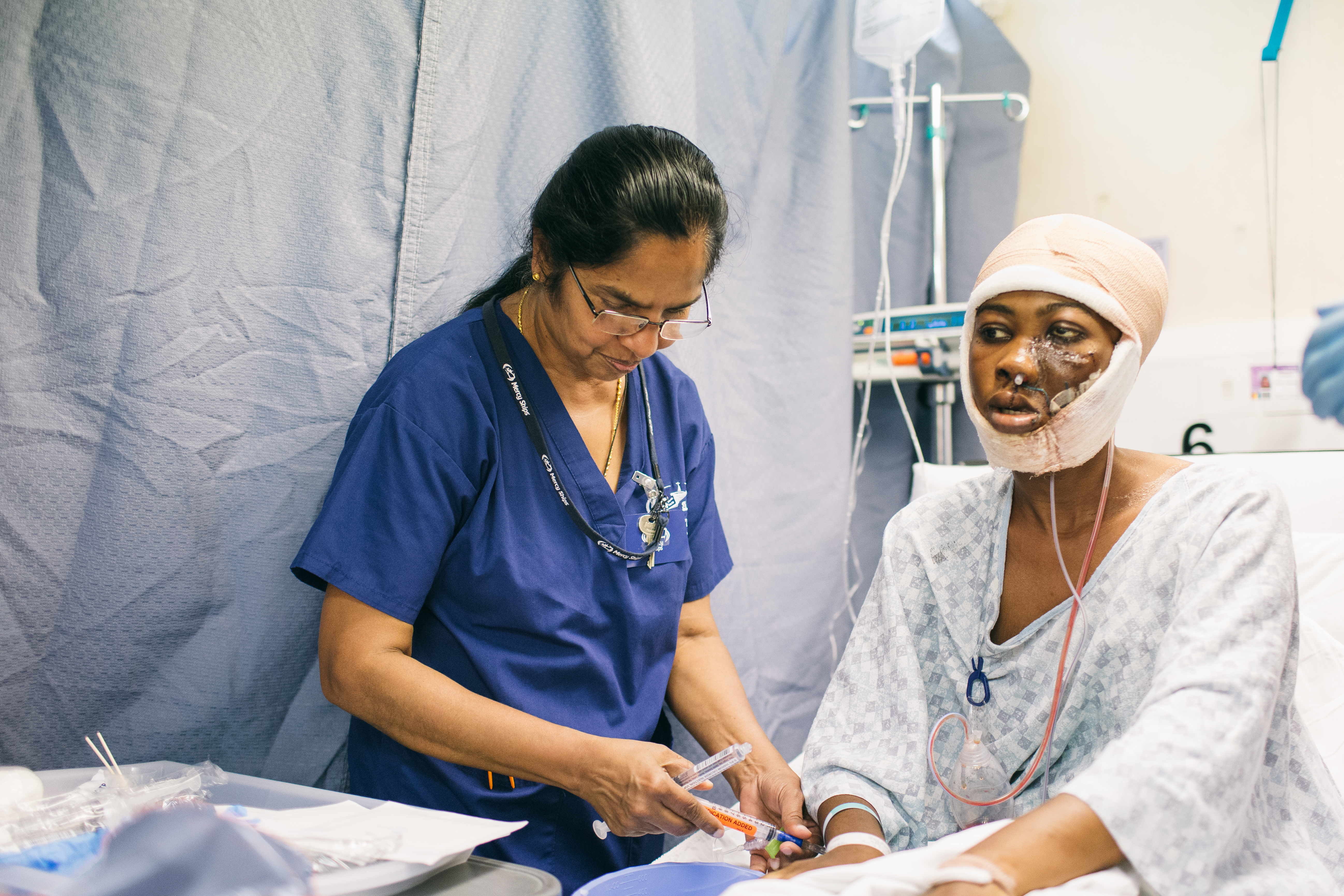 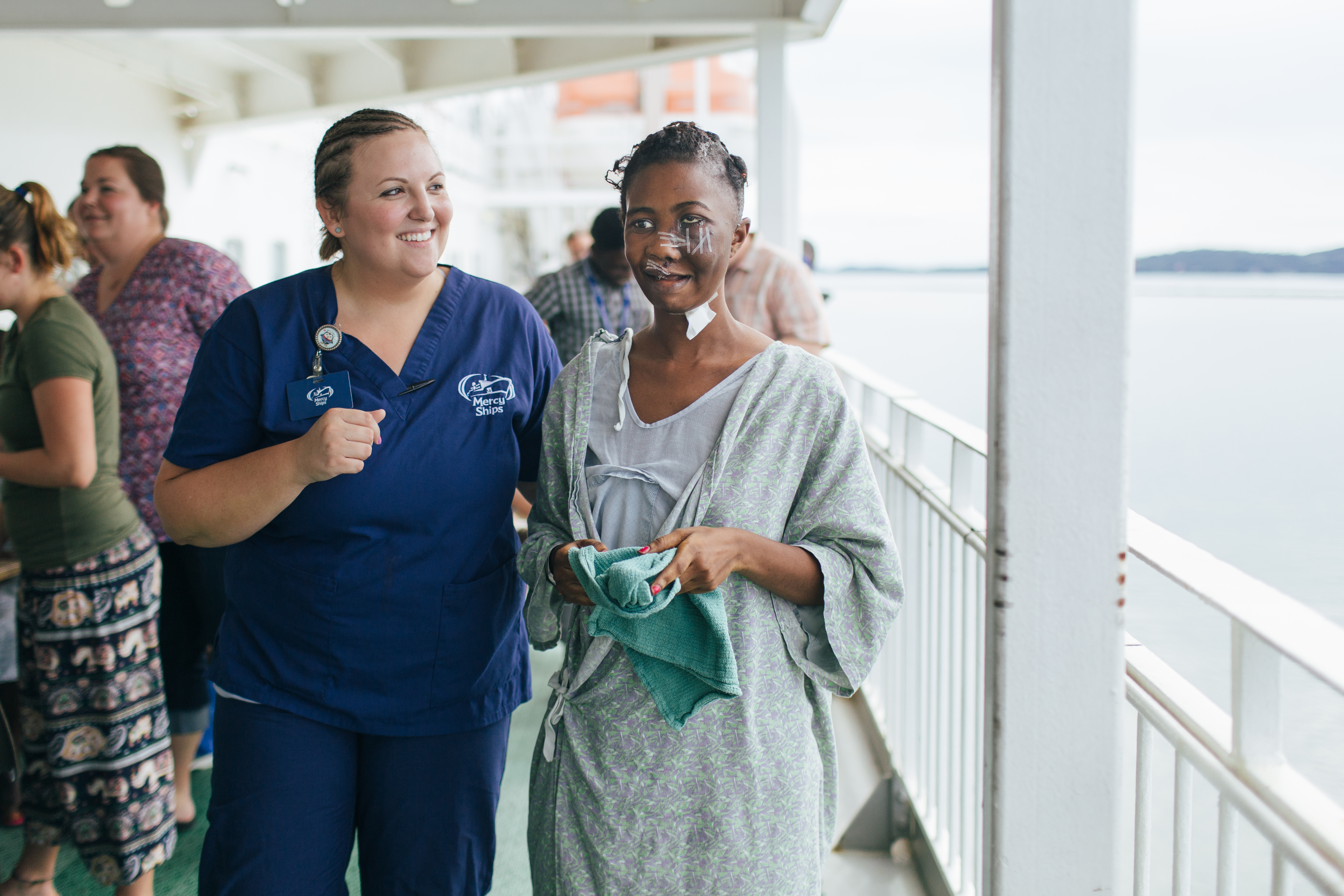 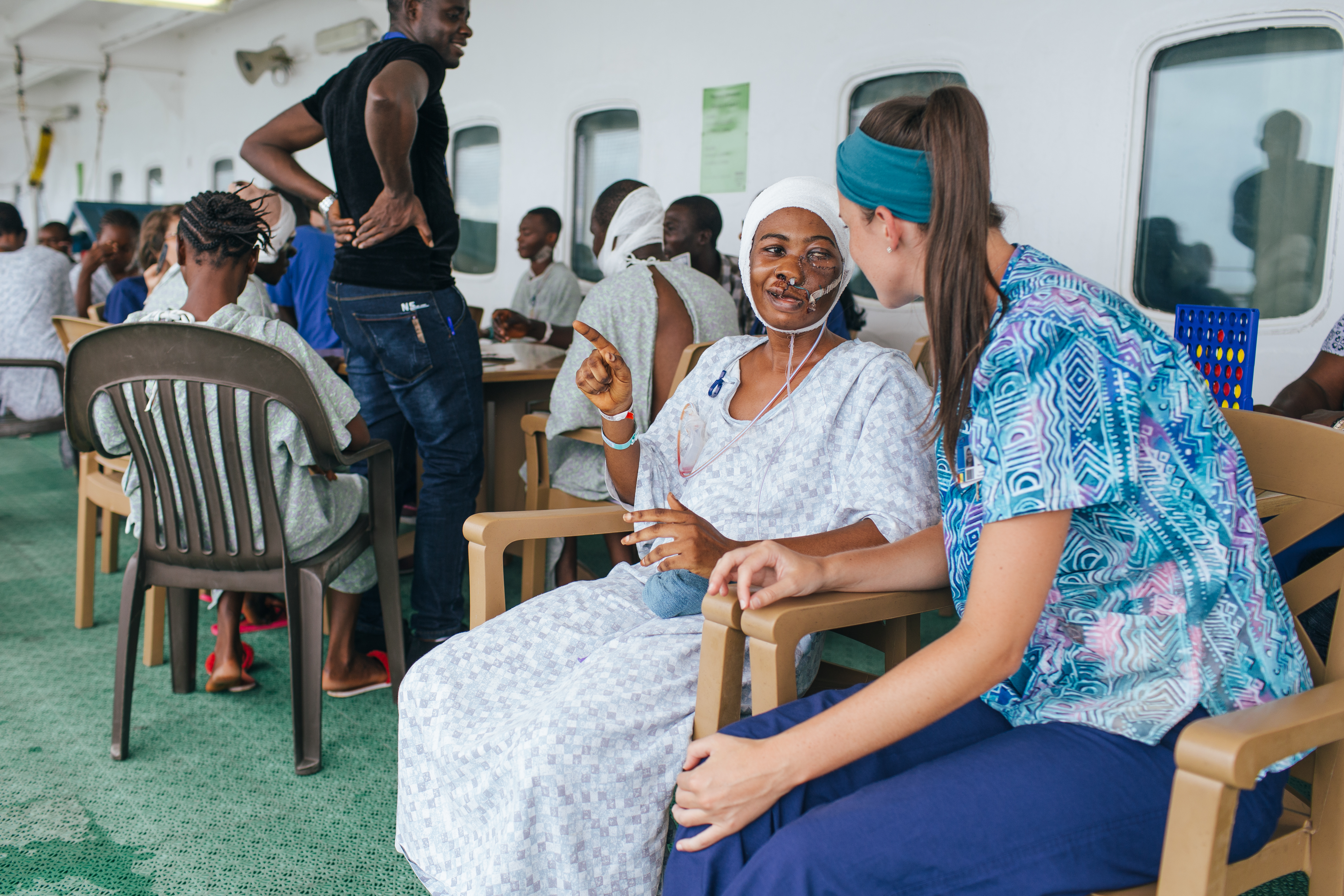 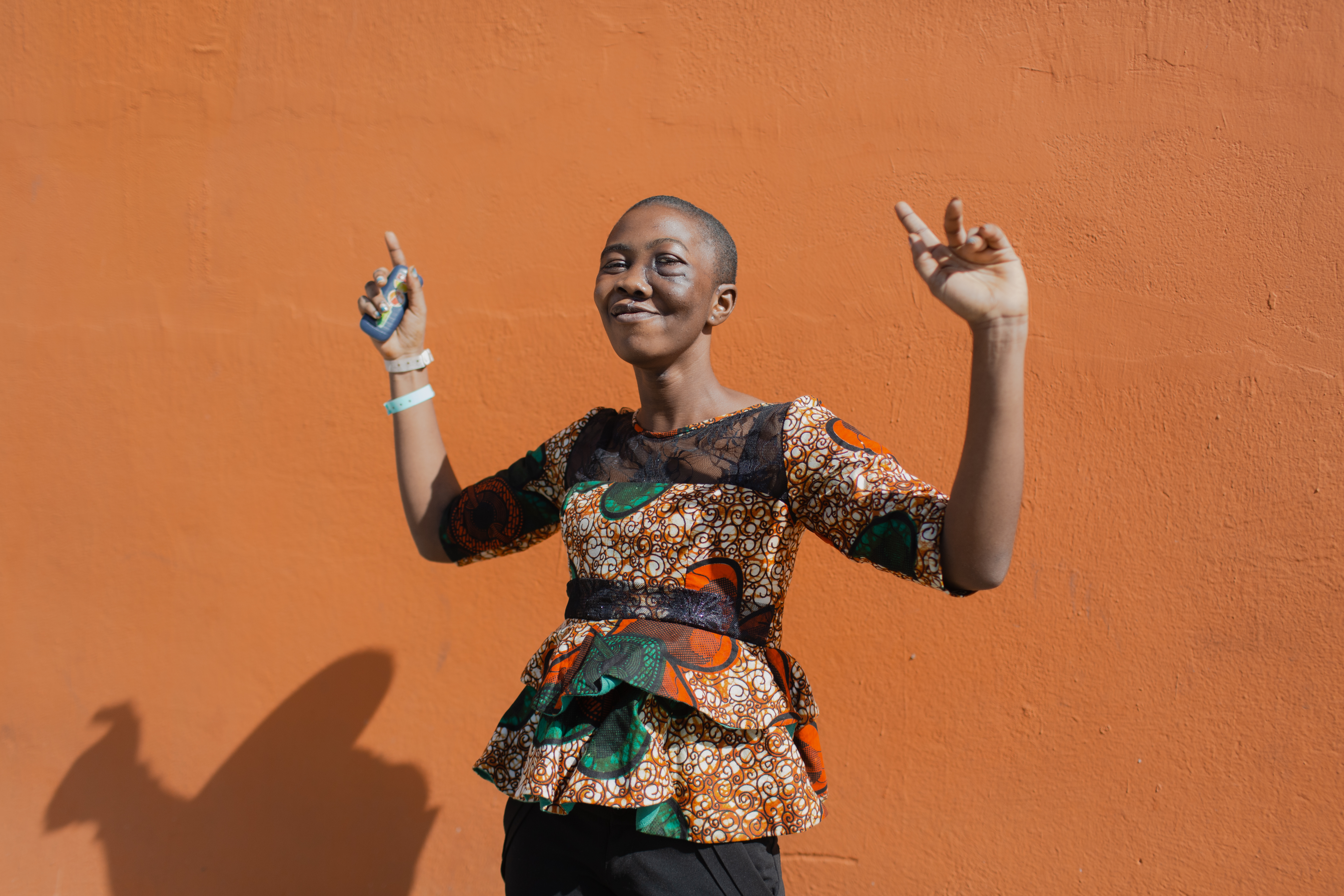