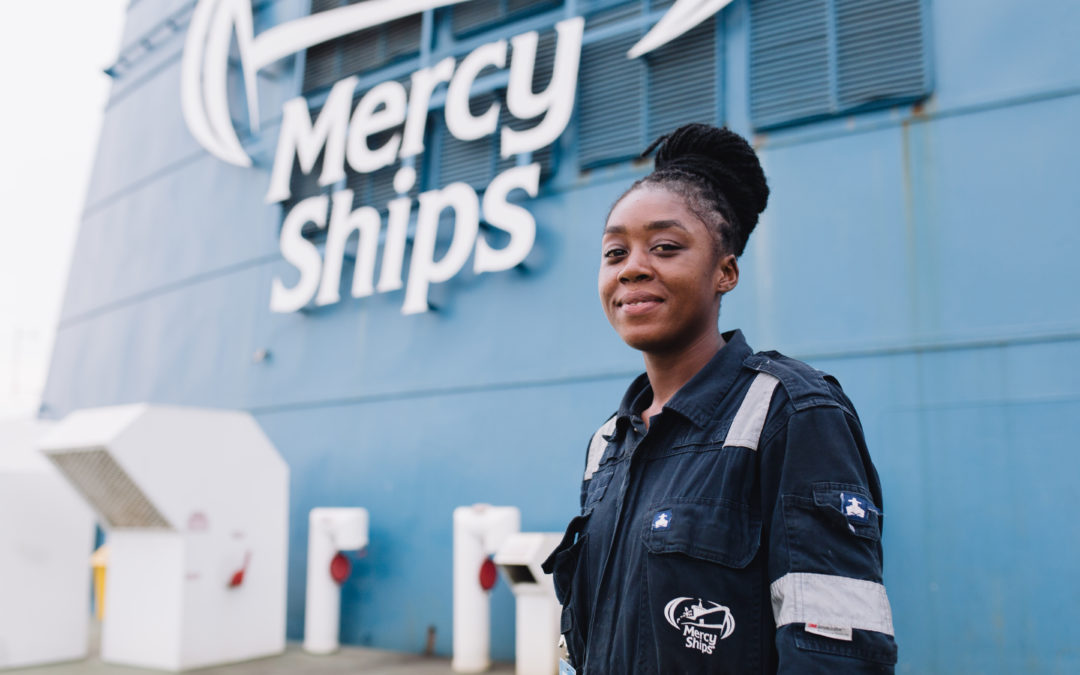 Denise Ngum was 14 years old when she developed an interest in electrical engineering. For Denise, fixing problems was a fun challenge where she was able to use her eye for detail and creativity.

Denise studied electrical engineering at a government university in Cameroon and graduated in 2014. Denise quickly realised that there were still many obstacles stacked against her: the most unavoidable one being her gender.

“I did come across many challenges because of my femininity where I would have to compromise when it came to having a job,” Denise said.
Rather than being in high demand for her skillset, this extremely intelligent and university-educated woman was forced to turn to sewing, which was a hobby; it became her primary income.

When Mercy Ships came to Cameroon, Denise sceptically applied to serve as an electrician, believing she would face the same obstacles. Mercy Ships accepted her.

“They are open to everyone,” she said.

Denise has been serving onboard the Africa Mercy for two years now and has no plans to stop anytime soon.