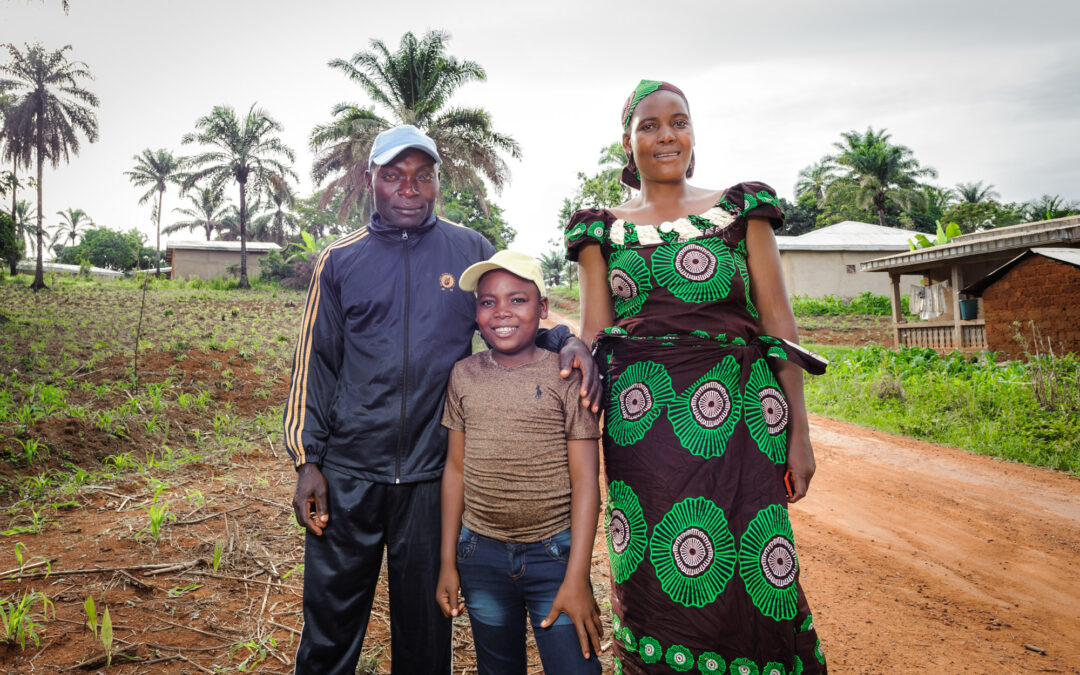 It was no surprise that 9-year-old Adam Zidane loved playing soccer. He was born on the same day as a 2009 Champions League match, and he was named after the famous French soccer player, Zinedine Zidane. Nothing brought his father, Abdoulai, more joy than watching his son play the sport they both loved.

But when Adam Zidane was just 5 years old , he received treatment for malaria, where an accident with the IV drip in his lower leg caused swelling and infection. The muscles in his ankle became rigid and contracted. The injury cost him the ability to walk properly, run, and — worst of all — play soccer.

Desperate to find help for his son, Abdoulai spent more than he could afford on local doctors. When doctors told him that amputating the foot was their best option, their search for help intensified.

Running out of hope, they scheduled the amputation. Heavy-hearted, the family believed this was the only way. When they heard that Mercy Ships would be sailing into Cameroon, they registered Adam Zidane for surgery, but their hopes were almost nonexistent.

Just a few months before the scheduled amputation, however, they received news that he would receive surgery on the Africa Mercy! A volunteer surgical team would operate on his leg to straighten the contraction and another team would conduct physiotherapy to improve his mobility.

The family was ecstatic. “When we got the call from Mercy Ships that he was selected to come to the ship, it was a celebration in our home. Everyone was so happy!” said Abdoulai.

Now, not only would the energetic 9-year-old keep his foot, he would be able to walk, run, and play soccer once more!

After several surgical procedures and skin grafts, his leg was finally freed from the contracted position that forced him to walk on his heel for over three years.

Adam Zidane used crutches for several weeks following surgery, and he smiled the whole time, even through his discomfort. “I’m very happy to see my little frog hopping around on his crutches,” said Abdoulai. “I didn’t think I’d ever see that sight.”

It took several months of physiotherapy to walk comfortably again, but with the help of the rehabilitation team, Adam Zidane’s once-unreachable goal was in sight. He visited the Africa Mercy several times a week for exercises that stretched his ankle and helped him re-learn to walk.

Finally, he returned home able to walk with two feet on the ground, a sight his community had not seen in years.

And their joy was more than just celebrating the big return — it was a celebration of the new future he had ahead of him!

Before long, Adam Zidane was finally able to play his favorite sport again. As he kicked up the red dirt in his village, every movement was a testimony of his family’s courageous hope.