Heroes of Healthcare: Learn the Latest with Professor Raphiou Diallo 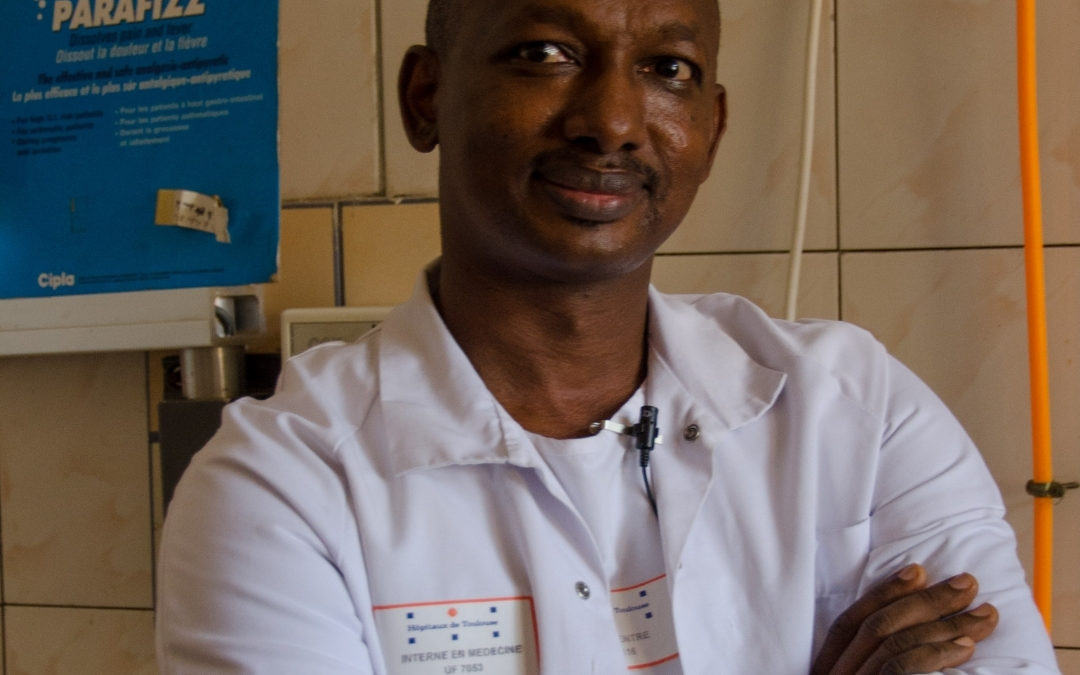 Professor Raphiou Diallo was in third grade when he determined his future lay in medicine. Years later, during his first year of medical school, he found his specific calling. On a hospital tour, Prof. Diallo says, “I saw for the first time children with cleft lips and palates, other patients with tumors, before and after pictures… as soon as I saw this, I decided to become a maxillofacial surgeon. I chose this career by love.”

His career path as a maxillofacial surgeon led him to Mercy Ships in 1998, where he was trained onboard one of our ships in Guinea. His technical skills and multilingual abilities made him a tremendous asset to our team, and he has remained connected to us ever since, performing surgeries onboard and facilitating training opportunities in his home country.

Twenty years later, we partnered once more to renovate the Gamal Abdel Nasser University dental clinic and launch a new dental training program. You can read all about this venture, and Prof. Diallo’s invaluable involvement, here! https://mercyships.co.za/professor-raphiou-diall/

Equipping a New Wave of Specialists in Guinea

But Prof. Diallo’s journey with Mercy Ships doesn’t end there.

As one of the sole maxillofacial specialists, not only in Guinea but also its surrounding countries, Prof. Diallo is keenly aware that the future of this surgical specialty hinges on sharing his skills with the next generation. “The future for me is to have young people, or new specialists, that can take over… Our generation will not be there one day, but we will have given the opportunity to the next generation to work on this field. The training of young people will make it possible to take over. We have to make available to the Guinean population, notably in the regional hospitals, young specialists who will be able in turn to operate on people without making them travel from so far.”

In line with this vison, Prof. Diallo is planning to partner with Mercy Ships in maxillofacial surgical training endeavors, something he calls a personal dream of his.

Helping People Who Need it Most

While Prof. Diallo’s primary focus is on training the next generation, his heart remains with the reason we’re all here – the patients that we serve.

Expanded training opportunities would strengthen Guinea’s ability to handle the influx of patients dealing with issues related to dental infections or tumors. Without adequate medical care, these conditions can be painful, debilitating, and even fatal.

“We see tumors in very advanced stages that could have been avoided if there were structures to prevent them,” said Prof. Diallo. “This is the most important aspect in my opinion, so that in Guinea we will no longer have these patients arriving at the hospital in advanced stages.”

Prof. Diallo has seen far too many cases of patients traveling from all corners of the country with serious conditions, simply because they couldn’t access proper care in their home regions: “Often there is only one or two specialists for the entire Guinean population. It’s really terrible when these people arrive at the hospital – you want to cry, and you say to yourself it’s not possible.”

Prof. Diallo’s draw to maxillofacial surgery stemmed from seeing a very present need and knowing his skills could make a difference. Decades later, this remains the center of his career. “In maxillofacial surgery, you can really help people who are in need. Those who have almost lost hope and are desperate, those who count on you and your team to make them smile and have the will to live again.”

Want to be a part of bringing life-changing projects and partnerships to life? Discover the many different ways to get involved. https://mercyships.co.za/ or email us on: info.zaf@mercyships.org or call our offices on: 078-839-9985